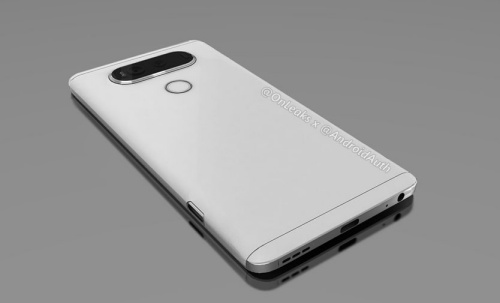 LG is due to announce its V20 smartphone tomorrow, but some of its rumored specs have leaked online.

According to a post on Chinese social networking site Weibo, the V20 smartphone will sport dual 16-megapixel cameras on the rear, a 5.7-inch Quad-HD display, a Qualcomm Snapdragon 820 processor, 4GB RAM, a 4,000mAh battery, a rear fingerprint sensor and 32-bit Hi-Fi Quad DAC.

The purported specs seem to line up with leaked renders of the device, which show a protruding rear dual-camera module and a fingerprint sensor on the back. The V20 is also the first non-Nexus phone to ship with Android 7.0 Nougat.