This year, Panasonic has announced at least half a dozen 4K TV series and the company has chosen to bring in just four of them to Singapore, namely the DX400, DX650, DX700, and DX900.

Like their names, spearheading this bunch is the DX900, a 4K TV crammed with the best TV tech Panasonic could muster. Available here only in a 65-inch screen size and filled to the brim with features like a quad-core processor, Firefox OS, and active 3D support, this DX900 (model name: TH-65DX900S) is expectedly a different beast compared to the very affordable and frill-less DX400 that sits on the opposite end of the lineup.

The DX900 represents quite a step up too from the next-in-line DX700. For one, it’s the only one that uses direct LED backlighting and supports full-array local dimming (FALD). Ceteris paribus, FALD TVs usually outperform LED edge-lit TVs in areas like black level and have better control over lighting-related artifacts (e.g., halo/bloom), simply because they’re able to exert more granular control over the LEDs behind the LCD panel. And in the DX900’s case, there are 512 local dimming zones, easily the most I’ve come across in any FALD set.

The DX900 is also the sole wearer of the Ultra HD Premium badge in this 2016 lineup. Panasonic didn’t reveal exact numbers, but the fact that the DX900 passed the stringent criteria set out by the UHD Alliance leaves no doubt that this 4K TV supports a 10-bit color depth, and is able to hit a peak brightness of at least 1,000 nits and a black level of less than 0.05 nits. And while many of Panasonic’s 4K TVs this year are able to process HDR, notice that “Ultra Bright Panel”, “HDR Premium”, and “Hexa Chroma Drive Pro” are some of the words exclusively used to describe the DX900’s features, further allusions by Panasonic that the DX900 is in a league of its own (compared to its other DX series siblings) when it comes to brightness and color reproduction. 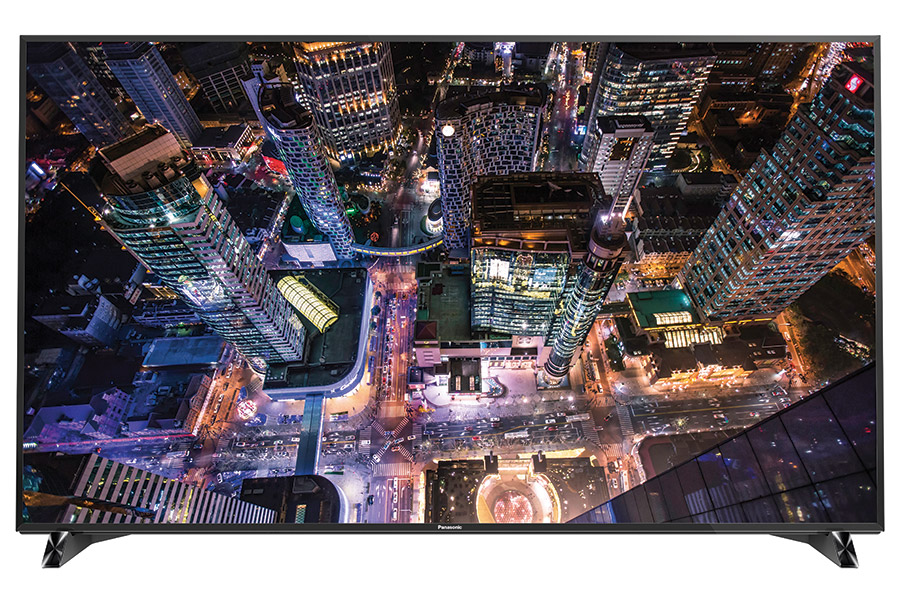 Not pencil thin, but with good reason

If Samsung has a history of trying bold new designs to wow consumers, Panasonic has a history of playing it safe. The DX900 is first and foremost a flat TV, and the whole of its 1.46m width sits on a non-adjustable pedestal that’s about just as long. Thankfully, most of this stand can only be seen from the back; what you see from the front are two wedge-like feet at the ends and their starburst texture.

With a direct LED backlight unit, the DX900 is never meant to be a pencil-thin TV. It measures 64mm at its thickness point, and weighs a good 43kg with the stand. In addition, there are several cutouts at the back for the built-in fans to circulate the air. As such, I personally feel that the DX900 looks and works best on a TV console, instead of mounted to the wall.

And unlike Samsung’s SUHD TVs that use a breakout box to house some of the terminals, all of the DX900’s I/Os are found on the TV itself. The more pertinent ones include four HDMI inputs (all of which are 60/50p and HDCP 2.2 compatible), three USB ports, and a LAN port. The TV also ships with two remote controls, one that’s longer with many buttons, and one that’s shorter and curved and has a touchpad. 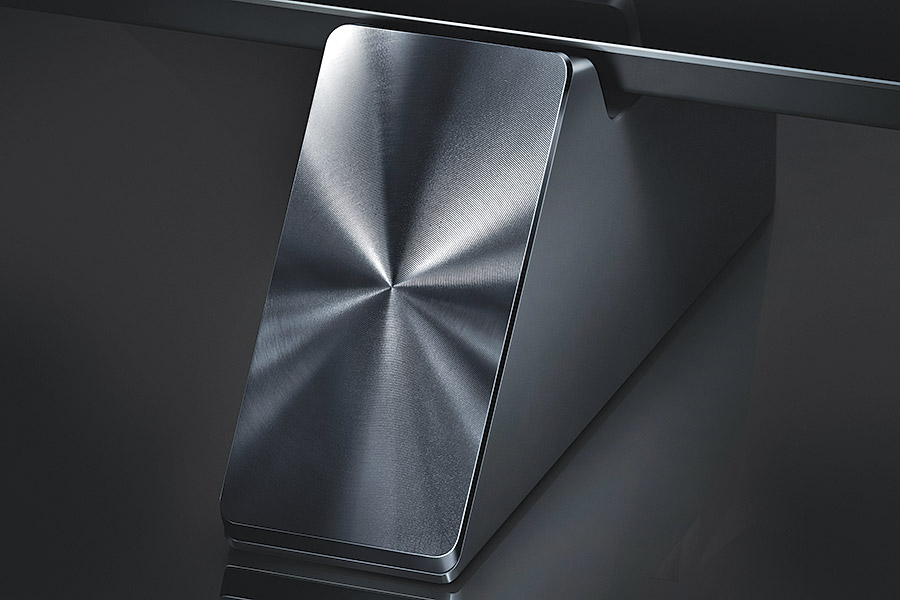 From the front, you may think that the DX900 is only supported by two tiny feet; but there’s actually a stand bar at the back hidden from view. Because of that protrusion, you need to leave a bit of clearance behind the TV. (The depth of the TV with the stand is 334mm.) 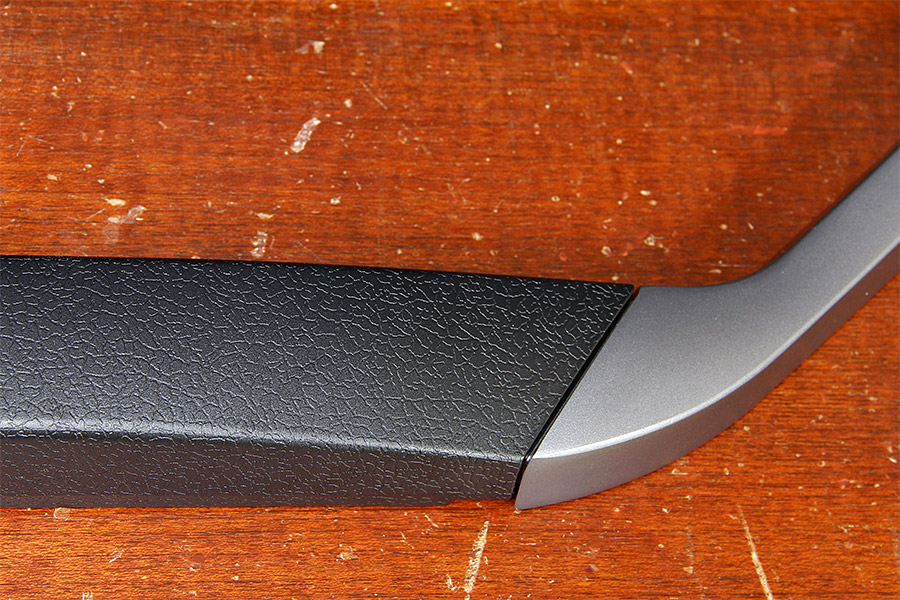 The stand is designed to stay out of sight, but that doesn’t stop Panasonic from dressing it up with a faux-leather finish. 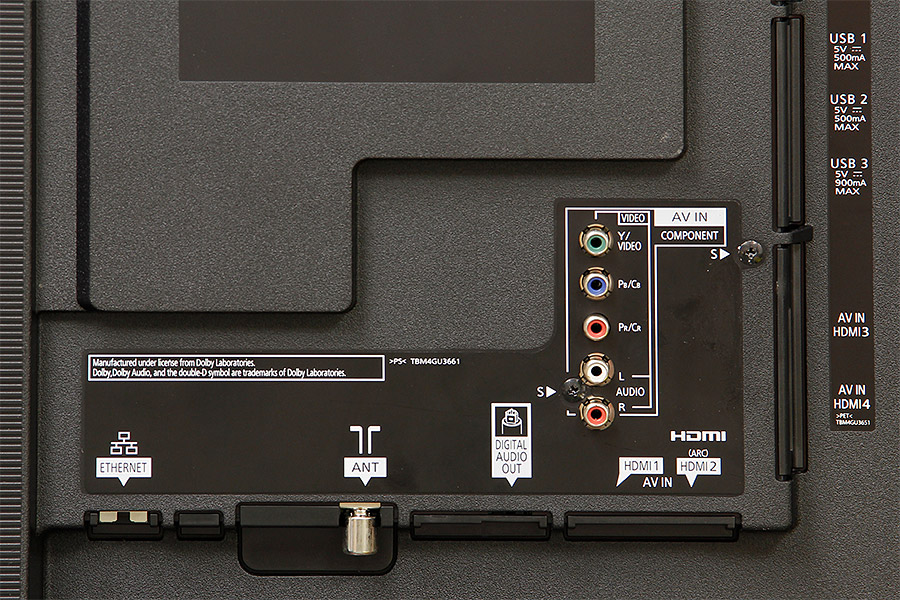 The DX900 comes with a classic remote (Netflix button!) and this smaller remote that does away with the number buttons but includes a touchpad.

The DX900 continues to run Mozilla’s Firefox OS, an open-source operating system designed for devices like smartphones, tablets, and smart TVs. It’d be interesting to see if Panasonic’s TVs next year would stick to this OS, as Mozilla has made clear in September this year that it’s no longer working on the platform.

That said, there’s inherently nothing wrong with the Firefox OS system on the DX900. Most of your day-to-day interactions, like accessing live TV, apps, and connected devices, will take place on the home screen, which you can get to quickly by pressing the Home button on the remote. You can add more shortcuts (or “pins”) to the home screen too, like your favorite channel, app, device, or webpage, for even quicker access.

“Info frame” is another tentpole feature of the smart TV’s UI. Accessed by long-pressing the Home button, this basically surfaces extra info like notifications, content recommendations on panels that slide in from different sides of the screen. For example, the weather panel comes in from the top, and your web clips from the left.

Regarding apps, well, even with web apps, the breadth is still no match for Google Play. But if you only care for Netflix and YouTube, then it’s no biggie as both are present. 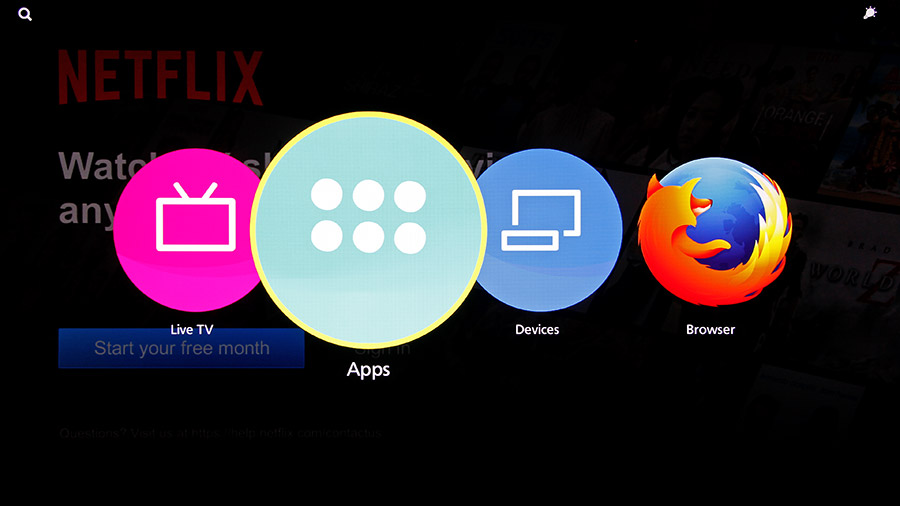 Access TV, apps, and devices – the homescreen is where most interactions start. 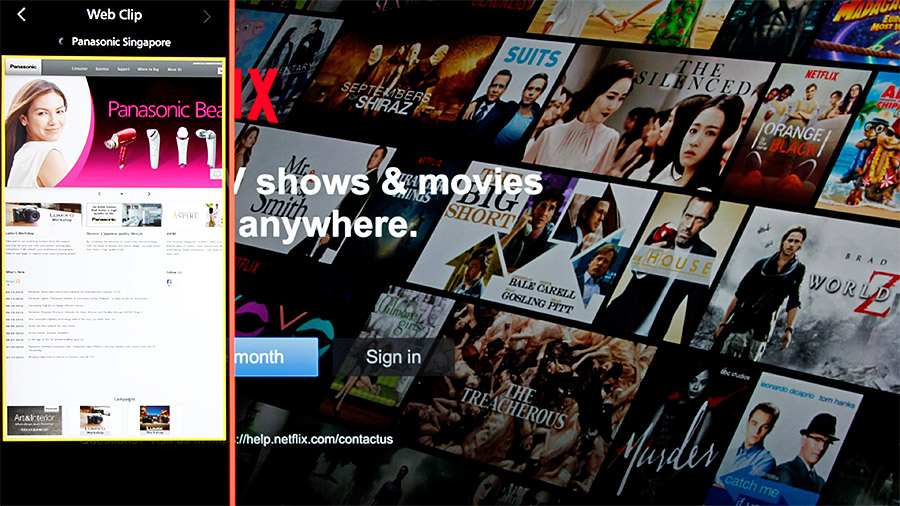 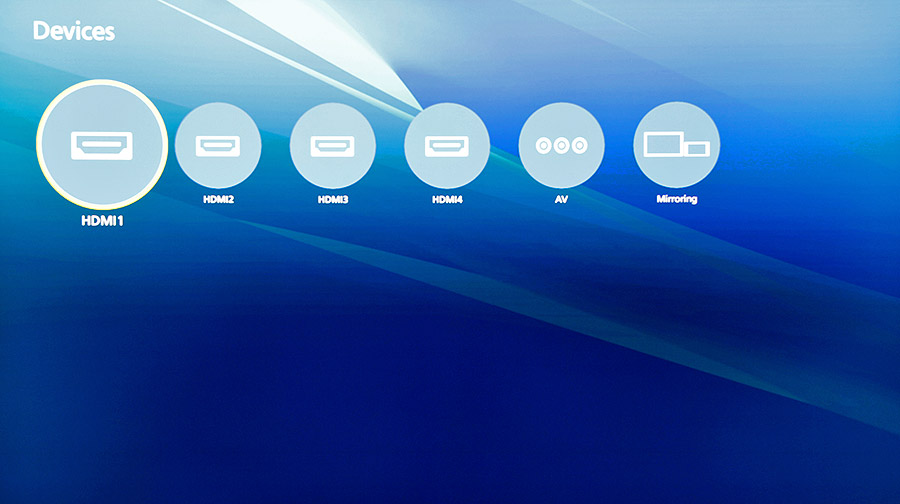 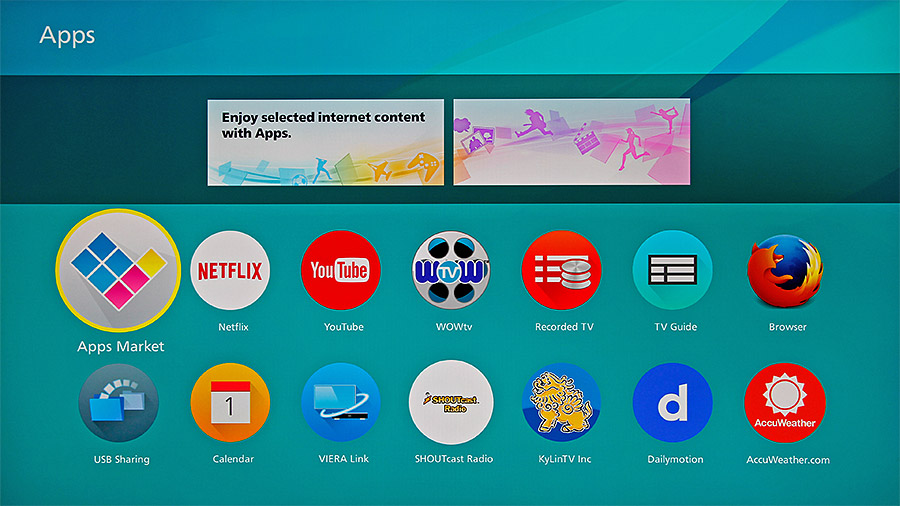 Key apps like Netflix, YouTube, TuneIn, 4D, and TOTO are all here – but let’s just agree that this is no Google Play store.

As always, Panasonic offers a plethora of settings you can adjust on the DX900. In fact, you may get a shock when you transit from the simple home screen with large round icons to a system menu filled with almost endless sub-menus and settings. Advanced users will absolutely love this TV though, because beyond an excellent color management system, you can do things like defining picture process (EOTF type) for each HDMI input (options include: Auto, Traditional gamma, and ST.2084) and setting colorimetry type (options include: Auto, Rec. 601, Rec. 709, and Rec. 2020). Granted, I found Auto to work perfectly fine for my tests, but it’s good to be given the power to override certain settings.

For most users who aren’t into TV calibration, the DX900’s THX Cinema and THX Bright Room presets are very good for regular movie content (i.e., Rec. 709). But for those with the tools and watch HDR, the Professional 1 preset is my preferred starting point.

For what it’s worth, earlier DX900 sets seemed to have an issue of the TV not doing a proper handshake with 4K Blu-ray players when playing HDR content, thus requiring users to manually enable an ‘HDMI HDR Setting’ in the menu. Maybe my review set came with a newer firmware to correct this, but I’ve not encountered this problem with my test player, which is a Samsung UBD-K8500. 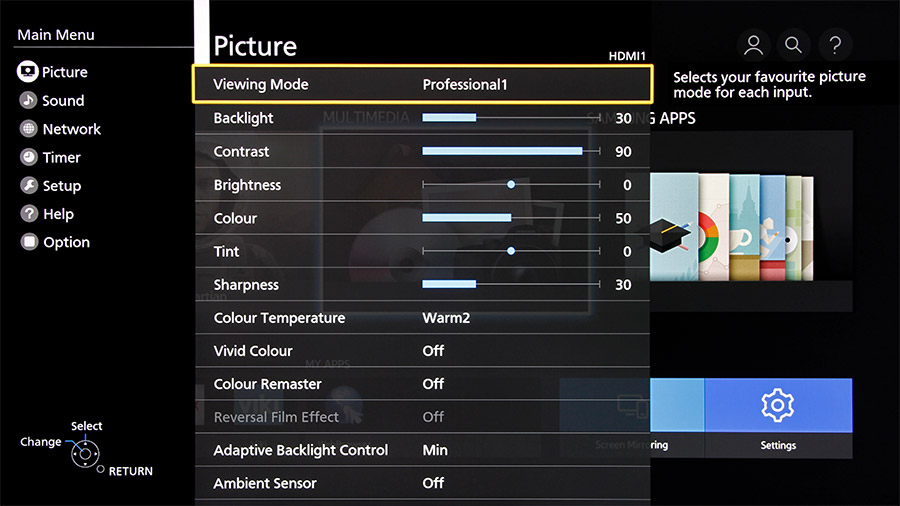 The Firefox UI for accessing content and devices is simple and straightforward; the UI for adjusting system settings is anything but.

For edge cases where Auto doesn’t work for HDR, you can manually select the ST.2084 electro-optical transfer function. 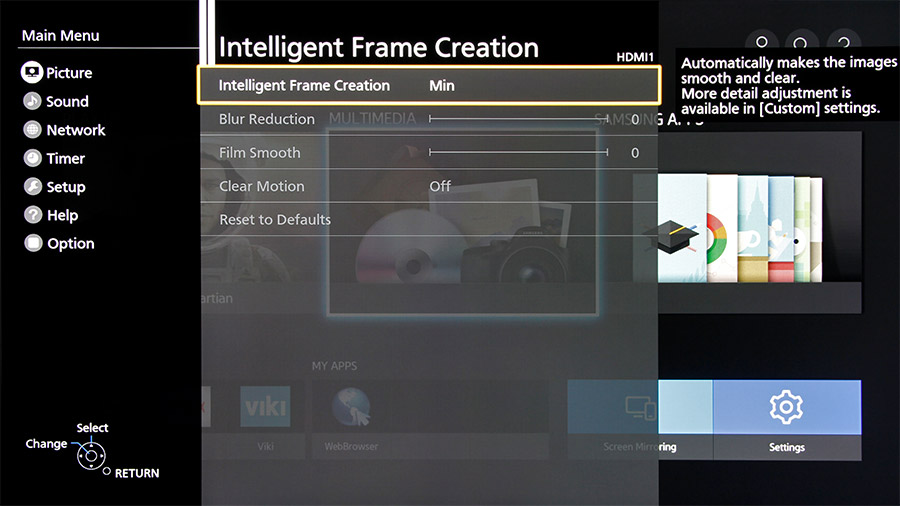 IFC tries to make images smooth by compensating the frame rate and removing juddering movements. Minimum is my preferred setting.

Without local dimming, the DX900 already exhibited very good native black level performance. With Adaptive Backlight Control at the strongest setting, black measurements plunged deeper into sub–0.02cd/m2 readings. That said, I kept Adaptive Backlight Control at the Minimum setting; because it worked very well for me regardless of content, I saw no reason to boost it further.

By extension then, blooming effects, while not totally eliminated, were extremely well controlled. I won’t say the DX900’s black levels and contrast are as good as OLED’s, but as far as LCD TVs go, the DX900’s full-array local dimming system with 512 dimming clusters clearly works a treat.

Expectedly, the DX900 shines when it came to HDR, hitting a peak luminosity of 1,300cd/m2 and about 97% DCI-P3 coverage. In layman’s terms, expect vivid colors and specular highlights that pop. For this review, I watched The Lego Movie and The Martian, and both are a visual spectacle. Now for some people, the maxed out backlight during HDR mode can cause eye strain and a perceived contrast hit in a dark room setting – in such cases, I recommend adding some bias lighting behind the screen. Also, while color settings can be hard to get right for HDR (and they will be different from SDR), it’s possible to save two presets, one for HDR mode and one for SDR mode.

The DX900 isn’t without its share of problems though. Due to its VA-type panel, the TV’s viewing angles aren’t very wide, which means any blooming, contrast dips, or color shifts will become more noticeable when you veer more than 20 degrees from the center sweet spot. Also, motion resolution performance isn’t great out of the box, though if you can afford the time, that can be remedied by playing with the Intelligent Frame Creation settings. 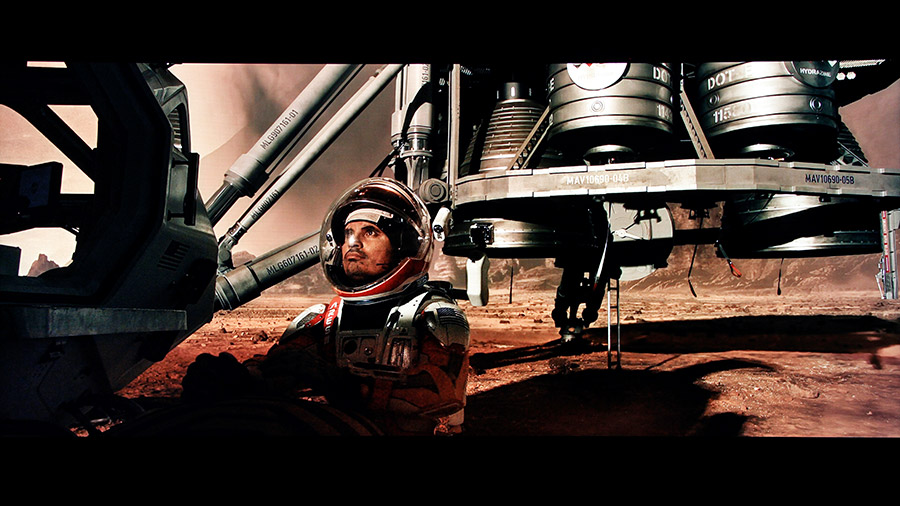 Excellent picture quality all round in the 4K Blu-ray version of The Martian. There’s a bit of noise here, but that’s inherent of the source transfer. 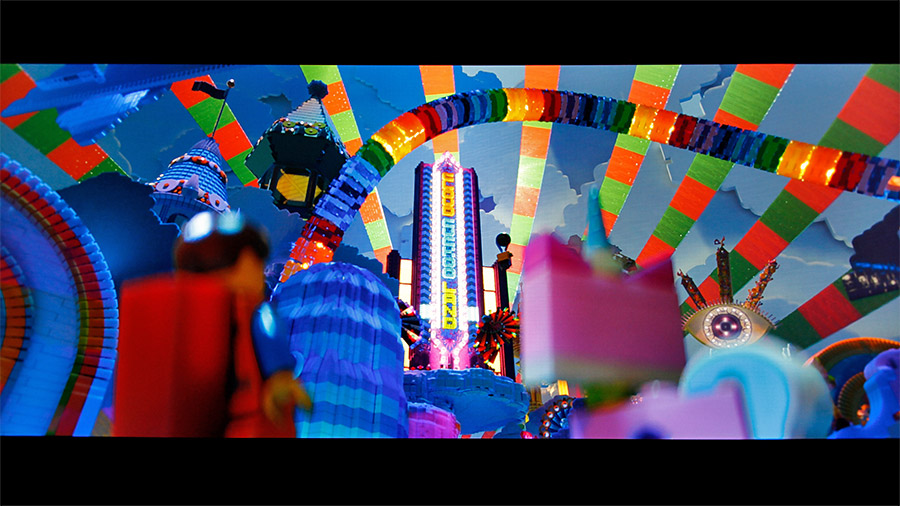 No lacking of detail, contrast, and vibrancy in The Lego Movie. Every frame is awesome! 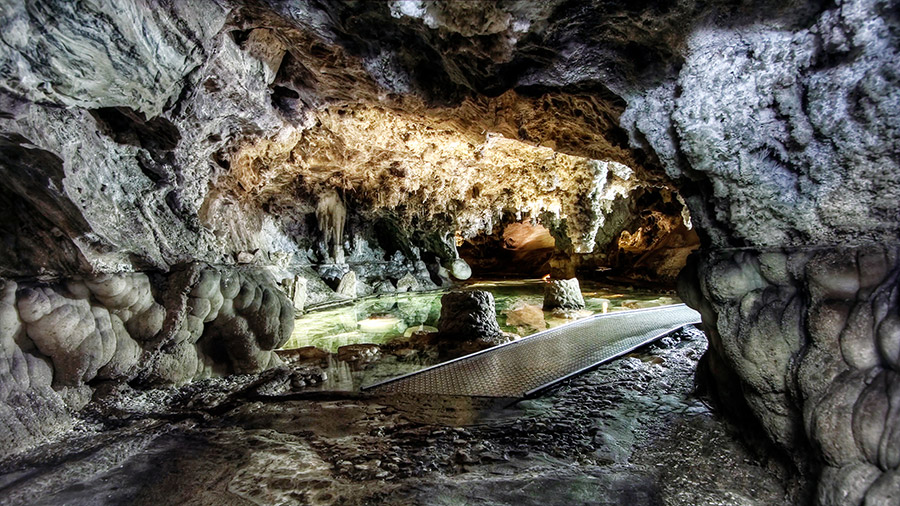 If you’re obsessed with picture quality and are adamant to get the best LCD TV, then yes, I unreservedly recommend the DX900. The local dimming system is very effective in use, and the sheer number of settings offered means truly lifelike colors can be nailed down. Not to forget, this set supports active 3D glasses, if you still fancy 3D movies in the home. Really, in the picture quality department, I can only nitpick on minor issues, like the slightly narrow viewing angles, the need for manual intervention for motion control, and the lack of Dolby Vision HDR format support.

However, it has to be said that people (rich people?) buying premium 4K TVs today don’t look at picture presentation alone. Design and ecosystem support are increasingly taken into consideration. And this is where the DX900 comes up a bit short. Granted, the DX900 doesn’t look ugly, but no one in the right mind would consider it a slim TV. Yes, the DX900’s thick rear is necessary because of its excellent full-array local dimming implementation, but here’s the thing: most non-techies won’t be able to tell the picture quality difference between the DX900 and, say, the edge-lit Samsung KS9000 SUHD TV, but the same people will be quick to point out the latter has a more aesthetically pleasing profile.

Also, the DX900 uses Firefox OS. Again, it’s fine if you don’t mind waiting a couple more seconds for certain things to load and the small number of native apps, but if for whatever reason you do want a multi-talented TV, then the DX900 pales in comparison to Samsung’s Tizen-driven offerings and Sony’s Android TVs. With Mozilla ceasing Firefox OS development internally, it’d be interesting to see if Panasonic will take up sole responsibility for the Firefox OS TV project going forward.

The tl;dr version? The Panasonic Viera DX900 is a great 4K HDR LCD TV, and by “great”, I mean great picture quality. As of this writing, perhaps the only TVs that can better it are Sony’s Z9D (another 4K LCD TV with an innovative backlight system) and LG’s high-end OLED TVs. 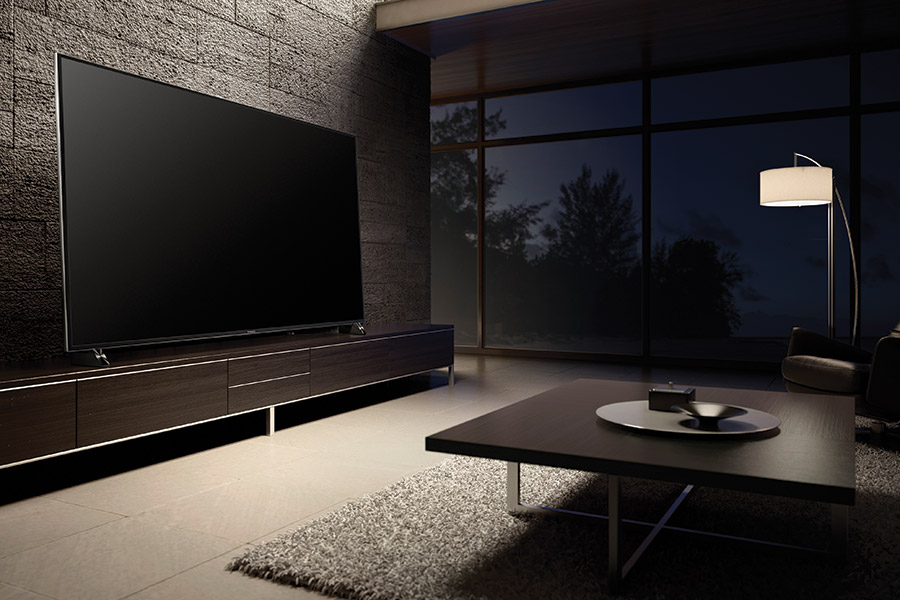