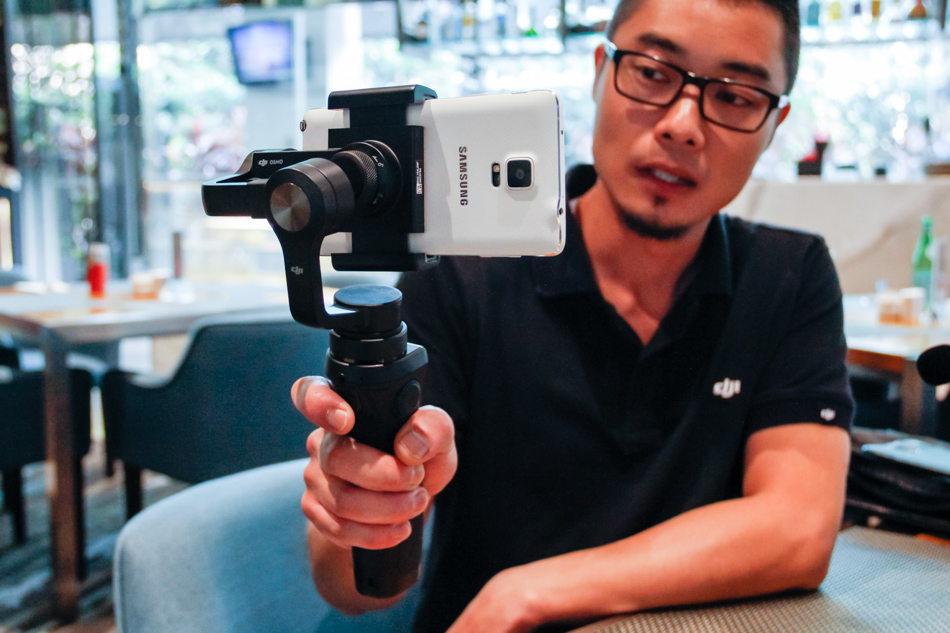 DJI’s Osmo changed the game when it launched. The company took its expertise with the gimbal stabilization on its drones, and released a stabilized and small, handheld video camera that shot high-resolution 4K video. With the Osmo, videographers didn’t have to carry bulky stabilization systems to get steady video anymore, instead they could us this video camera that fit in the palm of a single hand.

The new Osmo Mobile now opens that ability up to anyone with a smartphone, by letting you mount one to use as a video camera. The three-axis gimbal stabilization makes the video smooth and steady, giving you professional-looking results from a device that you can hold easily with one hand. 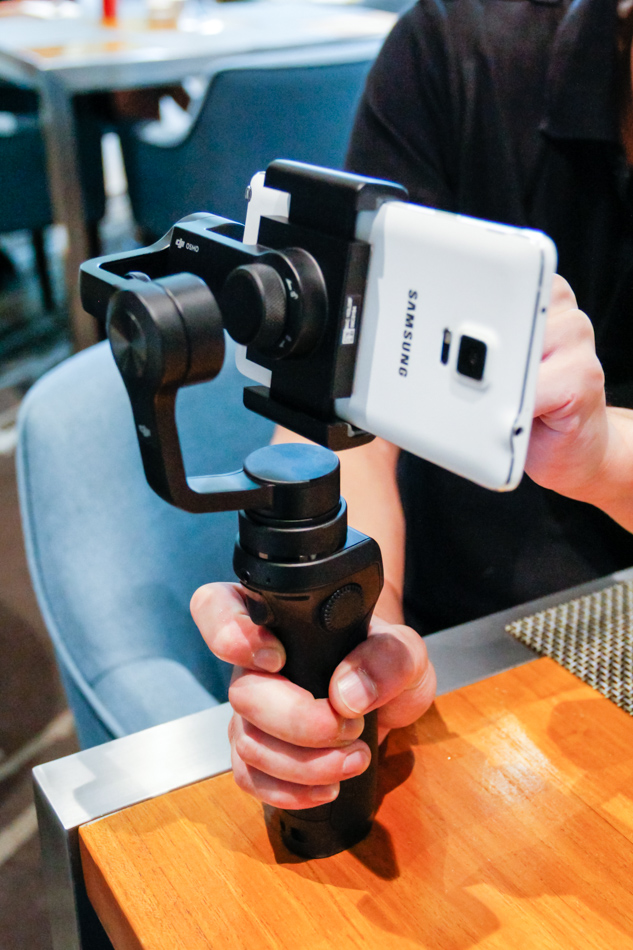 Osmo says that the Mobile is compatible with most recent smartphones, including the iPhone 5, iPhone 6, iPhone 6s Plus, the Samsung Galaxy S7 and Huawei Mate 8. It should accommodate any Android or iOS smartphone with a width between 2.31 and 3.34 inches. And because the Osmo Mobile syncs to your smartphone via Bluetooth, your phone’s Wi-Fi is still free to connect online, giving you the ability to livestream without bumps and jerks.

Osmo is porting over the ActiveTrack feature from its Phantom drones, which locks focus and tracks a subject you define, so whoever or whatever you’re shooting automatically remains in the frame. ActiveTrack also works in selfie mode, so you can shoot and walk without worrying if you’ll go out of frame or focus. 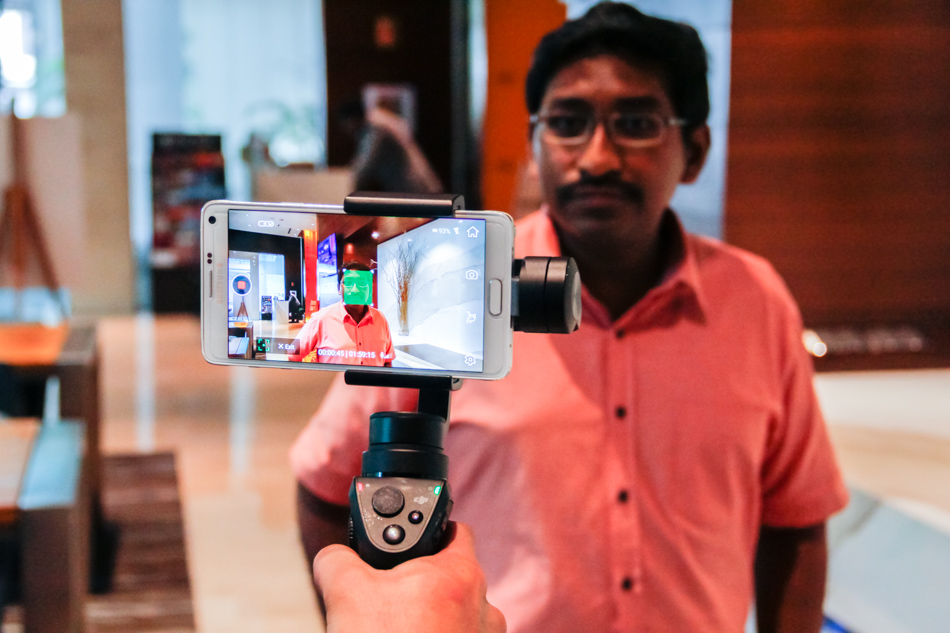 We had some time with the Osmo Mobile and found it lighter to shoot with then the original Osmo; due to the fact that you don’t need to mount an additional bracket to the side for your smartphone. 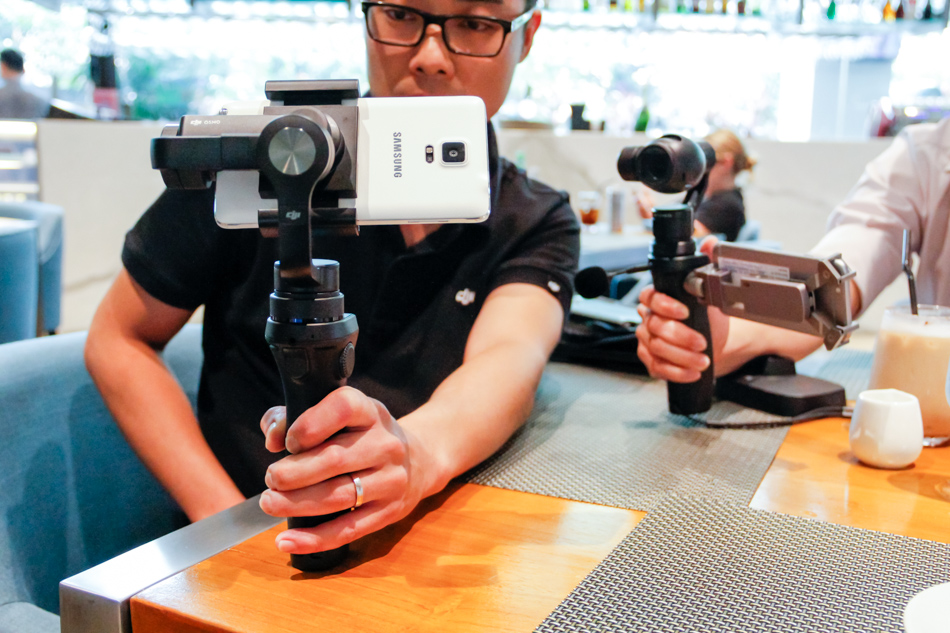 The Osmo Mobile tracked smoothly and it was easy to set up and just start shooting. The subject-tracking ActiveTrack also managed to track our faces as we walked sideways, towards and away from the camera, but it lost us if we turned our heads around. 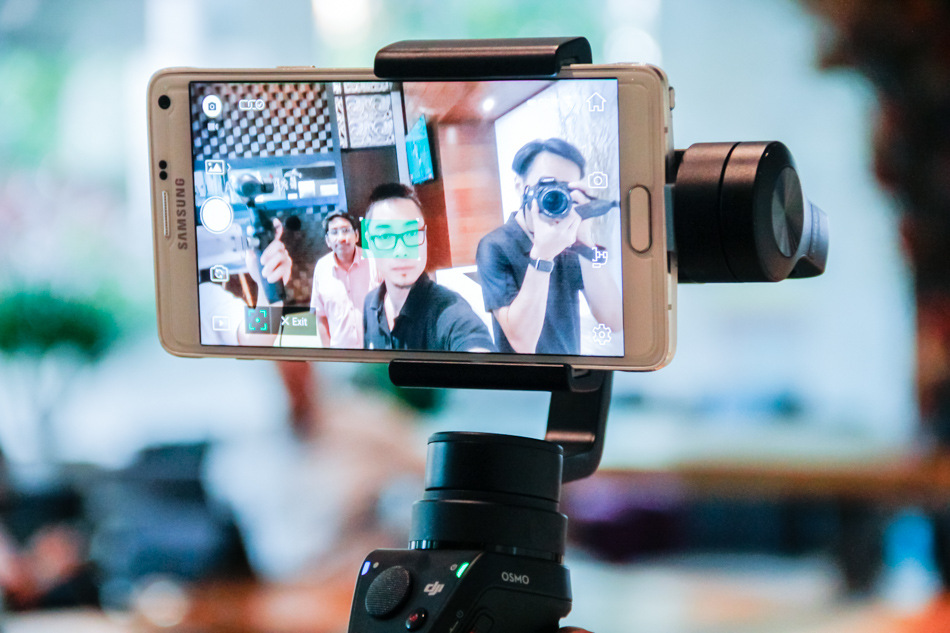 One clear advantage the Osmo Mobile has over the Osmo is battery life. The original Osmo drained battery pretty quickly, the official specs say it can last up to 60 minutes, but we’ve been using one for a while and it can empty in as quickly as 20. The new Osmo Mobile is supposed to last up to four hours and a half hours because it’s not running a video camera — but that’s not counting your smartphone’s battery life.

And you’re shooting smartphone video, which means you’re missing out on things like bokeh. The 3.5mm jack on the Osmo has been replaced by a 3.5mm to USB charging port on the Osmo Mobile, so you’ll need to find a better sound solution for your smartphone or record audio separately. 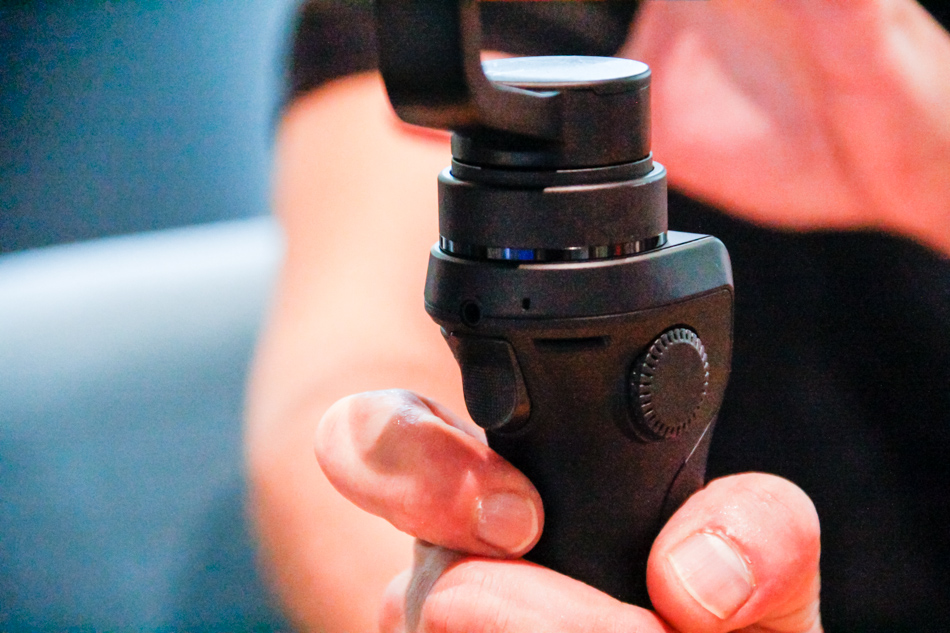 Still, we’re optimistic about the Osmo Mobile. It lets anyone with a smartphone level up their videography game, whether it’s the enthusiastic new dad or the professional video blogger. The Osmo Mobile retails at US$299, less than the Osmo’s US$609, and it’s available for order now on DJI. Watch this space for the upcoming review.