LG’s newest flagship smartphone, the V20, will be released in Singapore on 5th November for S$998. The V20 sports a bevy of high-end pro-sumer features, including a Hi-Fi Quad DAC with speakers tuned by B&O, an HD Audio Recorder, and front and rear wide-angle lens cameras. It is also the first smartphone to be pre-loaded with Android 7.0 Nougat.

The V20 has a more mainstream appearance with an elegant metal body made from AL6013 aircraft-grade aluminum, compared to last year’s V10available in either Titan (dark gray) or Silver. The top and bottom of the phone are made from Silicone Polycarbonate (Si-PC), which apparently is much tougher and more drop resistant than polycarbonate. Like the G5, there’s a fingerprint scanner on the rear of the device, but unlike last year’s V10, the volume buttons can be found on the left side. 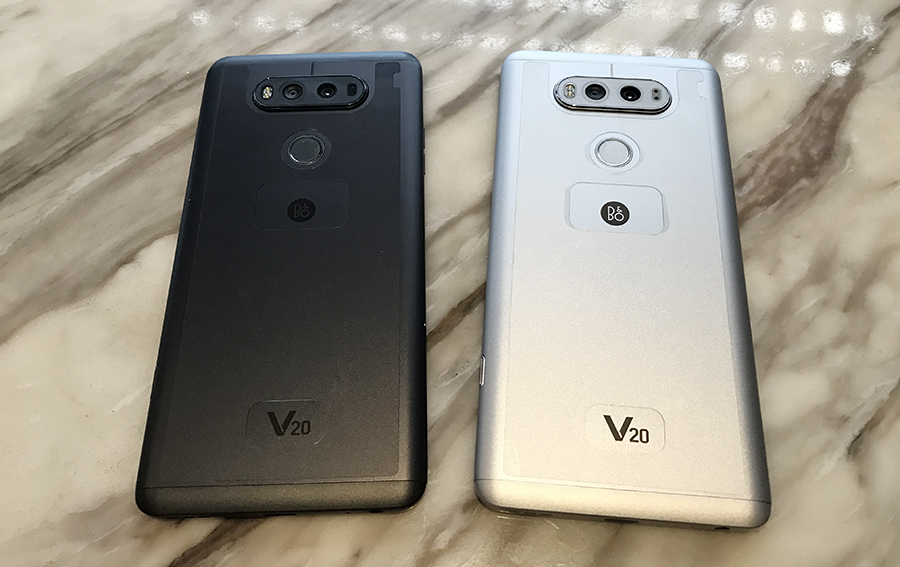 As with most of LG’s smartphones, the rear cover and the 3,200mAh battery are removable and replaceable. 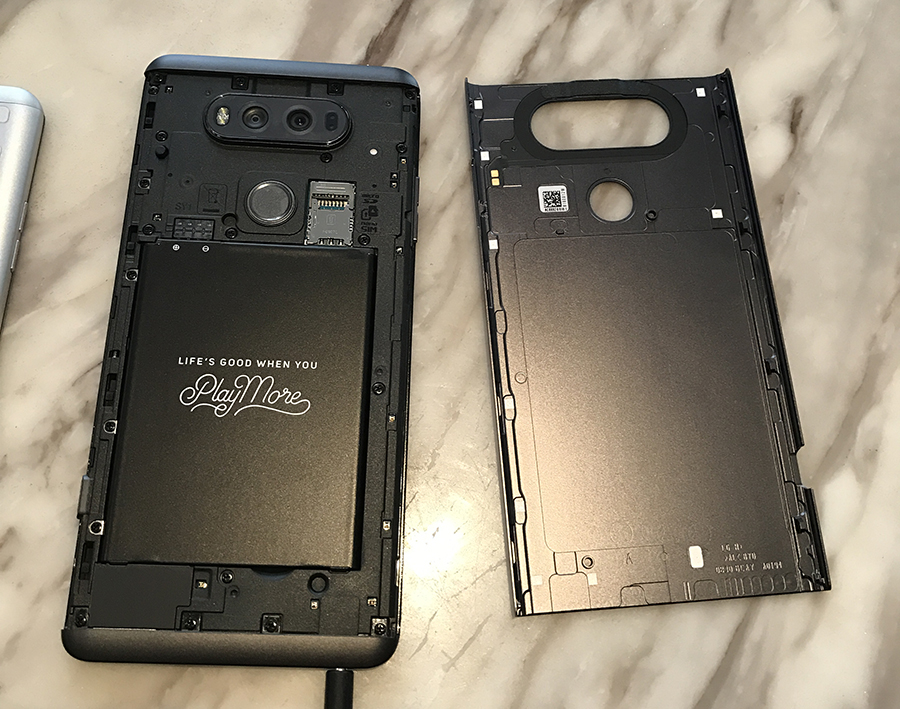 Take note, the phone we had on show was a Korean set that only supports single SIM slot. The Singapore set will offer dual SIM slots, with the second slot supporting up to 3G networks. This is an addition to having a microSD card for expandable storage.

Specs-wise, the V20 is powered by a Qualcomm Snapdragon 820 processor and 4GB RAM. It has 64GB internal storage and a microSD card slot that supports cards up to 2TB. The main display is a 5.7-inch QHD IPS Quantum Display with a 2,560 x 1,440 pixels resolution (513ppi).

The V20 is the first smartphone to feature a 32-bit Hi-Fi Quad DAC. Inside the V20 is the ESS SABRE ES9218, which LG claims will deliver clearer sound by minimizing distortion and ambient noise by up to 50 percent. You also get 75-stage fine volume and L/R balance controls as well as support for lossless music formats including FLAC, DSD, AIFF and ALAC. The speakers inside the V20 have also been fine-tuned by B&O. In addition, all V20 phones will come bundled with a pair of B&O Play earphones worth S$198. 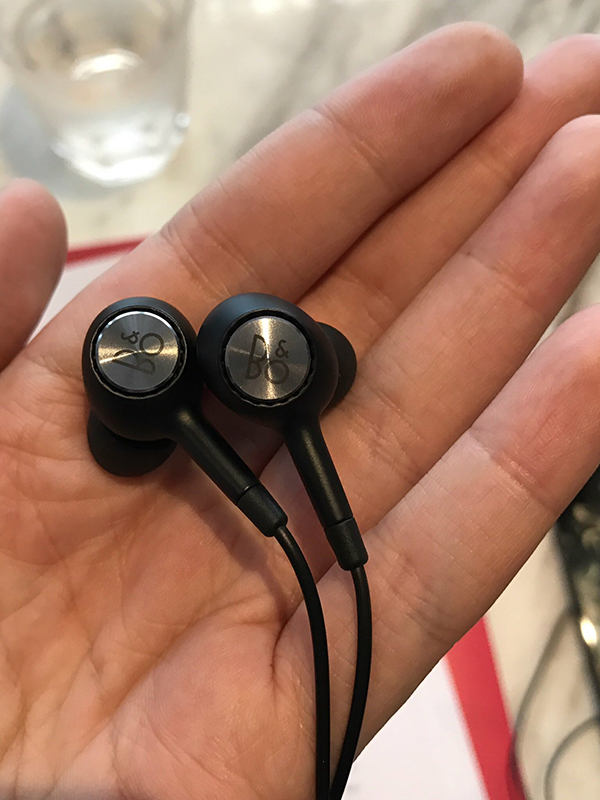 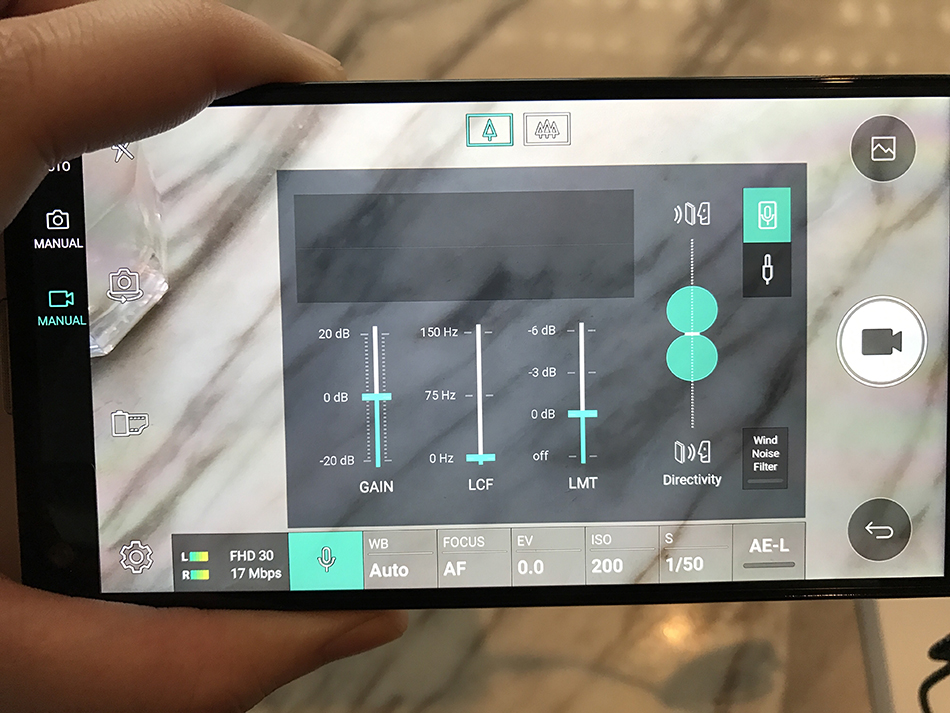 On the back of the V20 is a dual-lens rear camera setup comprising of a 16-megapixel 75-degree large aperture standard angle lens, and an 8-megapixel 135-degree lens, which is the widest available in any smartphone. Both rear cameras use the V20’s new Hybrid Auto Focus (HAF) technology, which integrates three AF mechanisms – Laser Detection AF, Phase Detection AF and Contrast AF – for both videos and photos. The V20 determines if LDAF or PDAF is best for a particular shot and then refines the focus with Contrast AF. 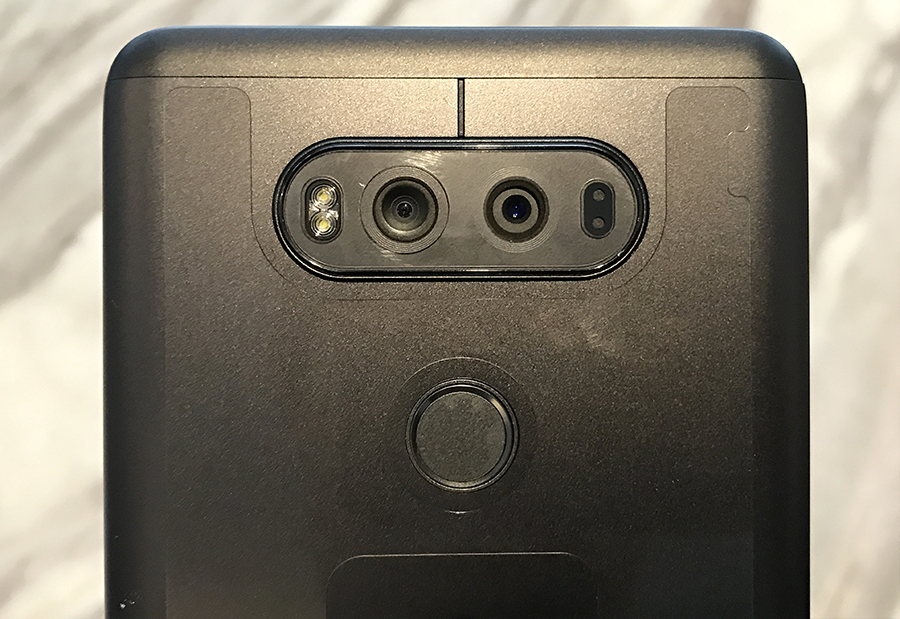 The front-facing camera is a 5-megapixel shooter with a 120-degree wide angle lens.

Like the V10, the V20 has a small secondary screen above the main display. The display has been improved with double the brightness and 50 percent larger font size compared to the V10. The secondary display can show notifications and alerts, as well as quick launch shortcuts. A new Expandable Notifications feature lets you tap a button on the Second Screen to enlarge notifications so you can read long messages at a glance and quickly send a reply or share information. 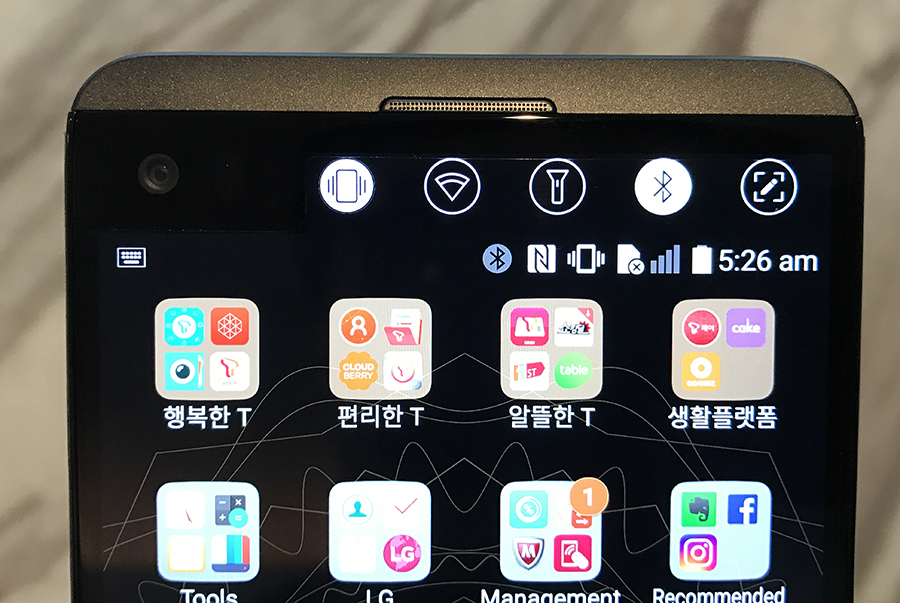 The LG V20 will be available on 5th November in Titan and Silver for S$998 at all M1, Singtel, StarHub and authorized LG Mobile retailers. Each purchase will come with a mobile casing premium pack worth S$88 while stocks last.